Bill was the product of alcoholic and drug-addicted parents, witnessing filth as a child to which nobody of any age should be subjected. Kidnapped by his mother when he was six years old, he was hustled across the country from Southern California to New York City where he was homeless for most of the next three years. At nine he was sent back west to his dad and eventually returned to New York at age fourteen to hold his mom’s hand and watch her die.

That was his childhood in a nutshell. Depressing? Absolutely. But that tumultuous chain of events opened the door to his extraordinary life today. Two days after his mom’s death, she visibly appeared to him from “the other side” to let Bill know she was spiritually alive and that the afterlife was a good place to be.

From then on, the spirits were there, all day and every day, desperately trying to communicate with their loved ones through Bill. He tried to ignore them, refuting their presence. He was raised on bible stories and God, not spirits and ghosts. But their energy was too strong. He couldn’t shake them. 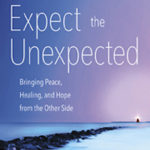