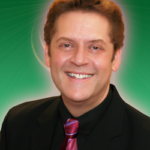 Having started out as a sceptic, he became amazed and interested in psychic ability after having a reading that helped change his life. A few years later Martin had a psychic event happen on the roadway that literally saved his life as a voice in his car spoke to him and kept him from moving forward when a fully loaded lumber truck, which was headed toward the intersection did not stop and ran through the light narrowly missing him. After that event his abilities seemed to leap forward in accuracy. He began to see spirit energy and auras soon after. Martin’s abilities include a physical empathic set of body responses which communicate psychic information sets.