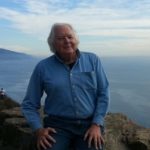 Robert Moss, “The Boy Who Died and Came Back” is my radio show special guest on Monday, June 29, 2015, 5:00 – 6:00 PM PT. Listen on www.localhost/auracolors or 1290 AM in Santa Barbara.
Join Robert Moss for an unforgettable journey that will expand your sense of reality and confirm that there is life beyond death and in other dimensions of the multiverse. Moss describes how he lived a whole life in another world when he died at age nine in a Melbourne hospital and how he died and came back again, in another sense, in a crisis of spiritual emergence during midlife. As he shares his adventures in walking between the worlds, we begin to understand that all times — past, future, and parallel — may be accessible now. Moss presents keys for living consciously at the center of the multidimensional universe, embracing synchronicity, entertaining our creative spirits, and communicating with a higher Self.
Blog Homepage

Take this simple quiz and find out how your aura colors affect your life.