Martin discusses psychic abilities, Tarot readings, parallel universes, creating our own reality, the new times we are in, and various paranormal topics. Hear his predictions for humanity.

Joseph has been a professional psychic and reader for more than twenty-five years. Having started out as a skeptic, he became amazed and interested in psychic abilities after having a reading that helped change his life. A few years later Martin had a psychic event while driving that literally saved his life. After that event his abilities seemed to leap forward in accuracy. He began to see spirit energy and auras soon after. His TV Show, “Paranormal Insights” won the Best Talk Show Entertainment award and the Video Excellence Award five times. An accomplished speaker, Martin gives classes and lectures on the use of the Tarot and psychic abilities, as well as does readings and predictions. 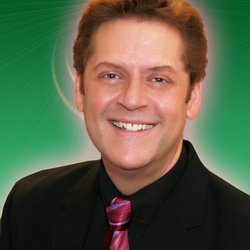