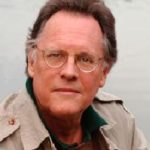 What is presentiment? What evidence exists that reveals consciousness survives death and that non-local mind is real? How can this information change our lives?

For 40 years Stephan Schwartz has been studying the nature of consciousness. There are positive signs that paradigms are beginning to change. Stephan, editor of the Schwartz Report, an international online publication, which provides information on trends in research around the world, thinks that a consciousness revolution is around the corner. Although sufficient evidence already exists in many different areas of science (he himself has first-hand involvement in researching the evidence for Remote Viewing), Schwartz thinks the research being produced now around Near Death Experience (NDE), for example, will push our scientific paradigm over to a new evolutionary stage.