Sonia Barrett, “The Science of Living Beyond Collective Boundaries and Beliefs”

Sonia Barrett, “The Science of Living Beyond Collective Boundaries and Beliefs”

Sonia Barrett’s work bridges the gap between science and spirituality in a simplified format. She addresses the programming, beliefs and concepts by which we have lived our lives both individually and collectively. Sonia’s insights are cutting edge with much of it supported by quantum physics.

How does focusing on our “stories” cause them to crystallize and become reality? What can we do every day to move to a different level of consciousness? What evidence shows that humanity is moving toward super-consciousness? Are we all sharing the same reality and should be trying to save others? Join us to hear about these topics and more.

Sonia Barrett is the author of “The Holographic Canvas; The Fusing of Mind and Matter” and “The Science of Living Beyond Collective Boundaries and Beliefs”. She also produced the documentary “The Business of Disease”. She has also appeared on panels with such noted speakers/scientists as Dr. Amit Goswami, Dr. Bruce Lipton and a number of others. She has been a Key Note speaker at a number of conferences to name a few; the ISSSEEM Conference, Conscious Life Expo, UFO Conference and the Alchemy Conference. 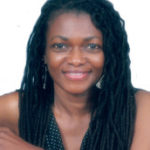